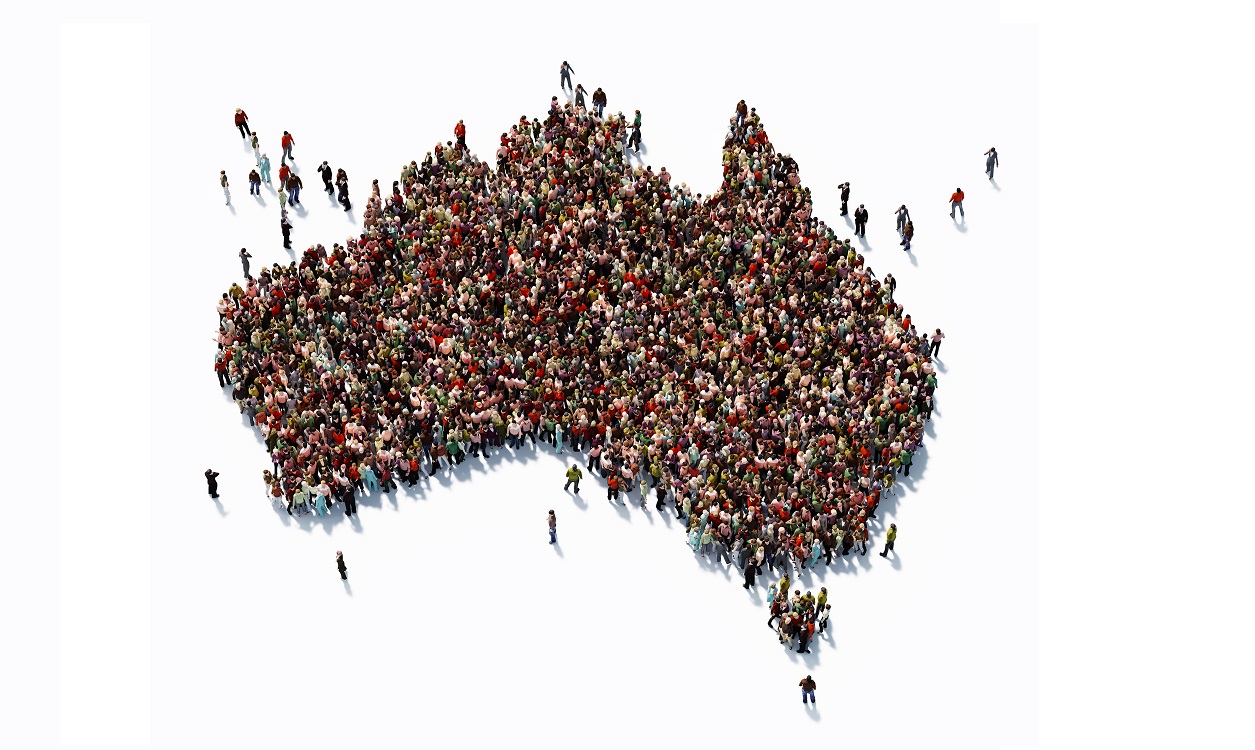 Net overseas migration has been a significant contributor to housing demand in Australia in recent times, making up around 60% of Australia’s total population growth (which was 1.4% as at December 2019). A recent study by Monash University Business School Senior Lecturer Daniel Melser and RMIT University student Morteza Moallemi (“The Impact of Immigration on Housing Prices in Australia”) estimates that national housing prices would have been around 1.1% lower each year had there been no immigration between 2006 and 2016.

With immigration levels expected to fall as COVID-19 restricts border crossings, estimates on the impact on housing demand vary. The federal government has said Australia could expect net overseas migration to fall to 34,000 in 2019/2020, an 85% decline from 2018/19 levels. AMP estimates that the fall in immigration would lower population growth to 0.4%, which would result in demand for housing being reduced by ~80,000 dwellings per year. Deloitte Access Economics is slightly less pessimistic and forecasts population growth of 0.8% in 2020, followed by 0.6% in 2021 before a recovery to 1.1% growth in 2022. This scenario would see 480,000 fewer people in Australia by the end of 2022 compared to pre-COVID expectations, and CBRE projects this could result in 200,000 fewer dwellings being demanded over the 3-year period.

It is important, however, to consider this fall in residential housing demand alongside the outlook for supply, which was already beginning to fall prior to the pandemic. Dwelling completions fell 7.5% in 2019 to just over 200,000 units, and declining building approvals and building commencements indicate further falls are ahead. CBRE had estimated (pre-COVID) that total dwelling completions would fall to ~140,000 dwellings per year to the end of 2020, resulting in net undersupply of ~45,000 new dwellings over the 3-year period. They now see downside risk to these forecasts of between 50,000 (modest decline scenario) and 124,500 (severe decline scenario) dwellings.

Under the severe decline scenario, the ~169,500 reduction in supply is more than offset by the lower demand from falling immigration. However, the migration analysis has so far been focused on lower arrivals, with less attention given to the impact of COVID-19 on the ~300,000 annual departures. Any improvement in population retention from Australians preferring to “stay-at-home” can be expected to cushion the impact of lower overseas arrivals and reduce the demand/supply imbalance. 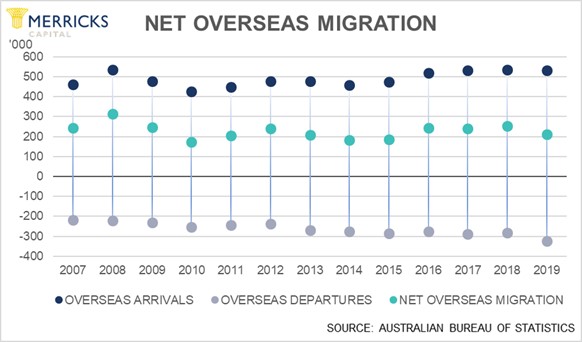 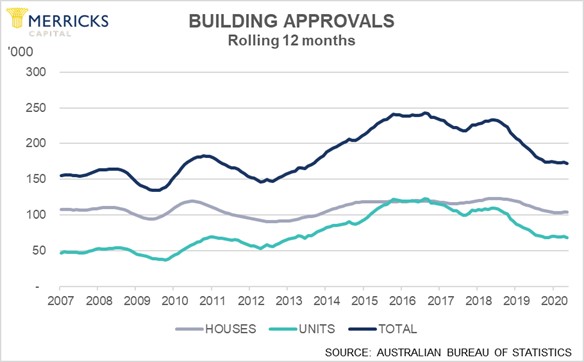 Merricks conclusion: Fewer people will limit property demand and price but the offsetting supply reduction and lower interest rates is going to keep a significant price decline at bay. The luxury of being a senior secured lender is our analysis can be imprecise, as we are simply looking to get comfort from our ongoing review of the world that property prices are not going to fall more than 30-40% which could impair some of our loans.

Two new loans were added to the portfolio over the last week. One of these was a $15m debt purchase from a major Australian bank which will refinance a specialist beverage manufacturing and packing business with a ~$45m state-of-the-art factory in Victoria.

We also settled a $150m loan to finance the construction of a 20,000sqm, A-grade office tower at 510 Church St, Cremorne. This next-generation project offers large floor plates, end-of-trip facilities and electric vehicle charging in a fast-growing and affordable inner suburban office market, and is expected to attract high quality corporate tenants from the CBD.

More information on the financing of the 510 Church St project is included in the attached Australian Financial Review article. Click here to read more. Our strategy continues to focus on the following key principles:

The Partners Fund strategy of senior lending against real assets offers an attractive risk-return trade-off during volatile market conditions. Limited competition in the lending space provides superior investment returns, while the downside risk of the portfolio is limited due to the conservative nature of our investment process and the high quality of our loan assets. Further protection is given by the portfolio insurance. The pipeline of high yielding lending opportunities currently under review, which represents a diverse range of assets and sectors, will underpin the continued advantages of the strategy.

Net overseas migration has been a significant contributor to housing demand in Australia in recent times, making up around 60% of Australia’s total population growth (which was 1.4% as at…

Property market resilient in the face of uncertain market conditions

Net overseas migration has been a significant contributor to housing demand in Australia in recent times, making up around 60% of Australia’s total population growth (which was 1.4% as at…