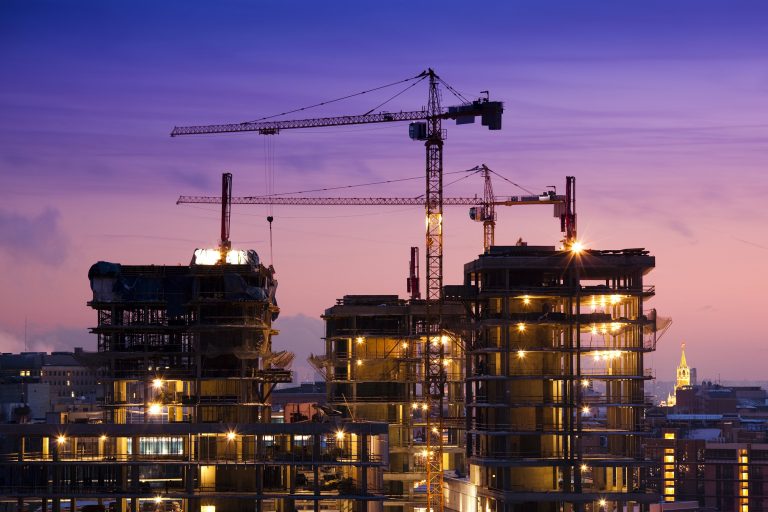 While much has been written about changes to Australia’s residential lending practices, a more dramatic shift to the commercial real estate (CRE) lending space has received much less publicity.

APRA’s new capital requirements for CRE lending have reduced the dominance of the Big Four banks and opened the sector to private investors.

THE APRA REFORMS AND THEIR EFFECT ON COMMERCIAL REAL ESTATE (CRE) LENDING
APRA announced its new capital requirements in 2016, largely as a response to the Basel III reforms to global banking.

The reforms have the effect of restricting banks to a maximum loan-to-value (LVR) ratio on developments of around 65 per cent.

They have also forced the banks towards a 100 per cent qualifying pre-sales requirement for residential property development.

On a practical level, this means that whereas a developer used to have relatively little trouble financing a project having pre-sold around 60 per cent of a development, banks now often require 100 per cent of properties to be sold. This figure is almost impossible to reach in today’s capital city property market.

They also mean that developers need to have at least 35 per cent equity and projected profit upfront to proceed with the development. This has particularly hit the middle of the market or those developers building projects up to about $100 million in value. That’s because they don’t usually have the capital reserves to meet the banks’ requirements.

For example, a developer building a project worth $50 million would need to put in at least $17,500,000 of their own money and forecast profit.

THREATENING THE BANKS’ TRADITIONAL DOMINANCE OF COMMERCIAL PROPERTY LENDING
These reforms have had a particular impact on the Big Four banks, who have traditionally dominated the CRE lending space to the extent that, around five years ago, some estimates put their market share as high as 95 per cent.

While data showing their current market share is hard to obtain, it is likely to have fallen significantly since then, with our best estimate being that they now have around 80-85 per cent of market share.

And there are reasons to believe it will fall much further still, as fewer developers and fewer projects meet their stringent requirements, especially as most residential markets in the country continue to soften.

The result is a funding gap we estimate will be in the order of $30 billion a year.

HOW THE FUNDING GAP CREATES AN OPPORTUNITY FOR PRIVATE INVESTORS
In light of the overall attitude following the Banking Royal Commission, there is little reason to believe that the banks will re-enter the market to cover this gap. This leaves two options.

The first is that many developments go unfunded and unbuilt. That’s hardly an attractive prospect at a time when Australia’s population is rising and more dwellings will need to built to avoid an acute population shortage.

It’s also not exactly good for the economy to effectively close down a large part of the construction industry.

The other alternative is that new sources step in to fill the space vacated by the banks.

This is something we’re already happening in retail banking where non-traditional lenders such as Pepper, Loans.com.au and TicToc are taking market share in the home loan and personal lending space. It is also happening in business loans, with the emergence of new players such as Prospa.

Obviously, the CRE lending space is vastly different from these two spheres – not least because the loans tend to be far more substantial, the process more complicated and the margins more considerable.

Yet, in some ways it is also similar – the banks are pulling back, there are good borrowers who cannot get the funding they need and there are new opportunities arising where once there were virtually none.

FOLLOWING THE WELL-ESTABLISHED PATTERNS IN OTHER JURISDICTIONS
We believe the scope for new sources of finance to emerge in the CRE lending space is enormous. Australia’s non-banking sector is relatively immature, especially when compared to other parts of the world.

In the European Union, the ‘shadow banking system’ accounts for as much as 40 per cent of the entire financial system – some, €42.3 trillion (A$66.5 trillion). The United States has a similarly well established and substantial shadow banking sector.

By contrast, in Australia, overall debt financing from the non-banking sector accounts for just seven per cent of our financial system. Again, this merely reflects the extent of the Big Four’s dominance over all facets of Australia’s financial services market.

We expect the Big Four’s dominance to recede quite rapidly in the CRE lending space – with private debt in particular playing a more prominent role.

PRIVATE DEBT AND THE CRE LENDING SPACE
Private debt is simply lending of capital from people with access to it, in return for interest, often much higher than the banks charge. In CRE lending, the loans tend to have only a short term – somewhere between six months and a couple of years, as the loan is repaid once the development is complete and the properties sold.

As an investor, private CRE lending often has the benefit of property security in the same way as a residential home loan rather than just security over a business like a commercial loan. It also usually operates on quite short timeframes, between

Because private CRE lending is an immature market, it comes with both pitfalls and opportunities and central to these is its lack of regulation, which, as experienced investors know can often be a double-edged sword.

On one hand, it means private lenders don’t face any of the same requirements as banks when it comes to who they can lend to and how they can lend. On the other, it means investors need to be certain of the type of debt in which they’re investing and the credentials of who they invest with.

For us, this means only investing in loans to experienced developers with low-risk quality projects. It also means focusing on key metrics such as the internal rate of return, as well as LVR and presale coverage. And, it means restricting investments to senior loans rather than higher risk mezzanine debt.

Even by taking this relatively cautious approach, there is still often the opportunity to make returns in the Australian market of between 10%-14%.

GREATER FLEXIBILITY FOR DEVELOPERS IN PRIVATE DEBT
That said, the benefits of private debt aren’t just one way either. And, even with the banks pulling out of the CRE lending space it is not just those developers who fail to qualify for a traditional loan who are choosing it as their funding source.

Many seasoned developers prefer the kind of flexibility private debt can give them, even though it carries a higher interest rate than borrowing from the banks.

For instance, banks tend to only want to fund a development in stages, looking for its loan to be repaid in full after each stage before again loaning money for the next stage.

Private funders can allow a developer to fund multiple stages simultaneously. This gives them the opportunity to bring a project to market sooner so they can realise a profit sooner before moving onto their next project.

A WHOLE NEW ASSET CLASS
Finally, because of the nature of CRE lending and the fact that it is property-secured while offering relatively high rates of return, makes it a whole new asset class.

Like any asset class, it comes with risks – most notably the effect of a prolonged downturn in the residential market.

That’s why we believe, if you’re considering investing in private debt, you should always choose an asset manager who understands the property market and employs rigorous processes and systems when choosing which projects to fund.

While much has been written about changes to Australia’s residential lending practices, a more dramatic shift to the commercial real estate (CRE) lending space has received much less publicity. APRA’s…

While much has been written about changes to Australia’s residential lending practices, a more dramatic shift to the commercial real estate (CRE) lending space has received much less publicity. APRA’s…